Who Has God’s Favor? 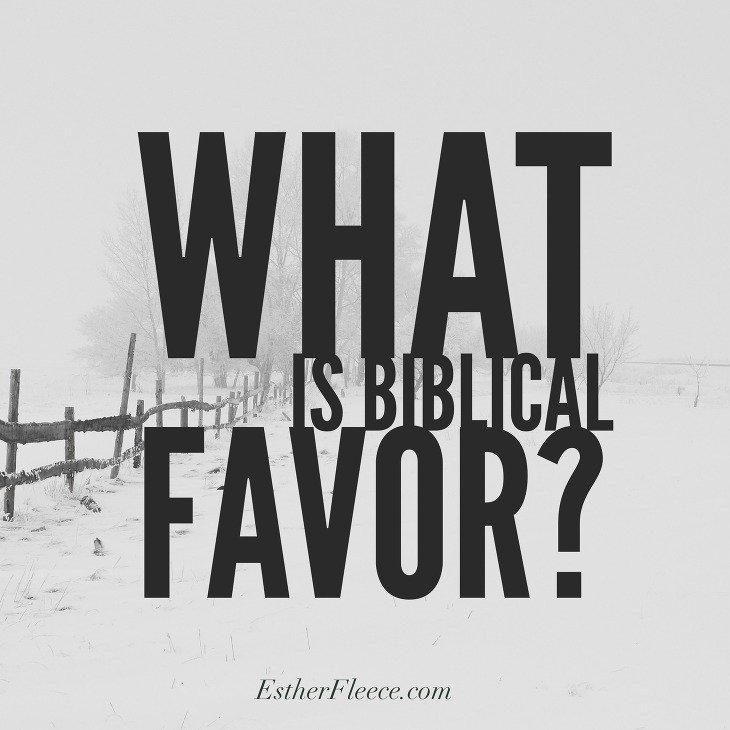 What is Biblical Favor?

I saw a tweet from a Christian musician thanking God for His favor because she ended up with an airline upgrade on an international flight. It was the oddest tweet at the time, but over time this tweet confused me when I was in the airport and treated poorly. Did I not have God’s favor when my flight was cancelled? What about when I didn’t move up on the standby list?  What was God’s favor and how could I get it?

In No More Faking Fine, I share how God’s favor began scarring me.

I saw God’s favor to his servant Joseph, only to see Joseph go through false accusations and end up in prison (Genesis 39:4).

Noah had God’s favor and lost the world around him (Genesis 6:8).

Esther had favor while her people faced death threats (Esther 2:15) while Mary had God’s favor and wound up pregnant while still being a virgin (Luke 1:30).

Should we go after God’s favor?

In Genesis 39, it says “Joseph found favor” several times throughout the chapter. I go into this a bit more in No More Faking Fine sharing how the very same favor that Joseph experienced in the palace was also with him in prison. If we think God’s favor is evident only the palaces of life (and not the prison, or “desert” seasons,) we may have Biblical favor wrongly defined.

Baker’s Dictionary says, “There is a close association among favor, grace and mercy.”

The King James version of Genesis 39:4 testifies to this: “And Joseph found grace in his sight…”

Closer look at this word “favor” in Genesis 39 leads us to the Hebrew word “chen” which is a word that comes from the word graciousness. The Key Word Study Bible shares that a masculine noun meaning for favor is actually grace and acceptance.

If we have experienced the GRACE of God, we have God’s favor.

If we have been ACCEPTED by God, we have God’s favor.

Far too often I have looked at external; earthly blessings as evidence of His favor in my life. While this may sometimes be the case, we always have His favor when we are His children.

God’s acceptance allows us to thrive even as we are being wrongly accused. His acceptance is there as we are misunderstood. His grace guards our hearts when our character is under assassination.

To have God’s favor is to have His acceptance – and that is the very best place to be.

Reflection Question: Are we seeking God to know Him more, or are we seeking Him for an answer to our problems, a deliverance from our circumstance, or an expected outcome we think we deserve?

This was sent out to monthly e-mail subscribers at EstherFleece.com